Nowdays ethernet is a most common networking standard for LAN (local area network) communication. The ethernet cable used to wire a RJ45 connector of network interface card to a hub, switch or network outlet. The cable is called wipe, patch cord, straight-thru cable.

There are several specifications of Ethernet RJ-45 connection over twisted pair: oldest 10Mbit (Ethernet), old but still used 100Mbit (Fast Ethernet), modern 1Gbit (Gigabit ethernet) or newest 10Gbit ethernet. Ethernet cable for any of those interfaces may be easily crimped by yourself.

100BASE-TX (IEEE 802.3u) was introduced in 1995 and remained the fastest version of Ethernet before the introduction of Gigabit Ethernet. It runs on UTP data or optical fiber cable in a star wired bus topology, similar to 10BASE-T where all cables are attached to a hub. Fast Ethernet RJ-45 connected devices are generally backward compatible with existing 10BASE-T systems. The segment length for a 100BASE-T cable is limited to 100 metres.  100BASE-TX runs over two wire-pairs inside a Category 5 cable or above. Like 10BASE-T, the active pairs in a standard connection are terminated on pins 1, 2, 3 and 6.

1000BASE-T (also known as IEEE 802.3ab) is a standard for Gigabit Ethernet over copper wiring. The Gigabit RJ45 connection requires, at least Category 5 cable (the same as 100BASE-TX), but Category 5e cable (Category 5 enhanced) or Category 6 cable may also be used and is often recommended. 1000BASE-T requires all four pairs to be present and is far less tolerant of poorly installed wiring than 100BASE-TX.

10GBASE-T (IEEE 802.3an-2006) is a standard released in 2006 to provide 10 Gbit/s connections over unshielded or shielded twisted pair cables, over distances up to 100 metres. Category 6a cable is required to reach the full distance and category 6 may reach a distance of 55 metres. The line encoding used by 10GBASE-T is the basis for the slower 2.5GBASE-T and 5GBASE-T standard, implementing a 2.5 or 5.0 Gbit/s connection over existing category 5e or 6 cabling. Cables which will not function reliably with 10GBASE-T may successfully operate with 2.5GBASE-T or 5GBASE-T if supported by both ends.

There are two standards for network RJ45 cable wiring: EIA/TIA 568A and EIA/TIA 568B. Both are correct. You may use either of them to crimp the Ethernet RJ45 network cable.

How to wire your own RJ-45 Ethernet cable

Pull the cable off the reel to the desired length and cut. 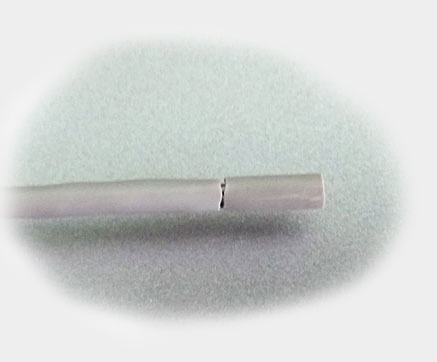 Inside the ethernet cable, there are 8 color coded wires. They are twisted into 4 pairs of wires. One wire in the pair is a solid colored and the other is a primarily white with a colored stripe. Start on one end and strip the cable jacket off (about 2-3cm) using a stripper or a knife. The insulation of cable wires must remain intact! 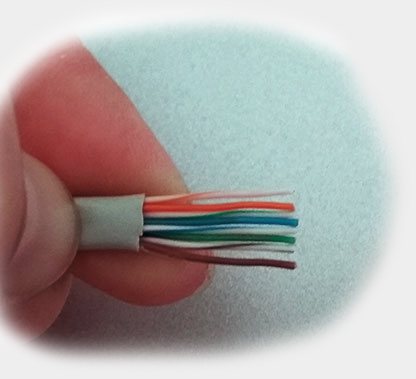 Hold the RJ-45 connector (clip down)  and carefully insert wires into the connector. 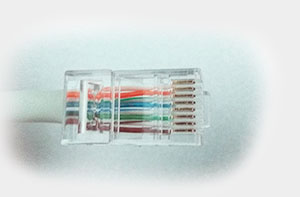 Each wire should be inserted as deep as possible (to the front of the RJ45 plug). 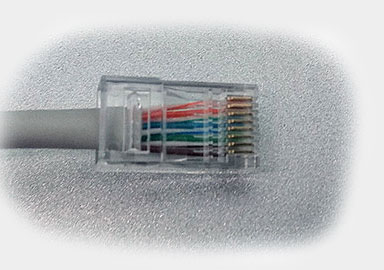 Check the wires order once again. Carefully hold the wire and firmly crimp the RJ-45 with the modular connector crimper. 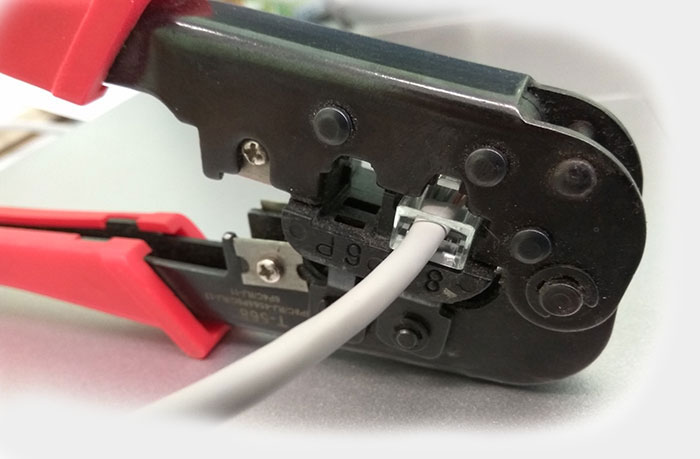 Repeat the above for the second RJ45 connector of cable. 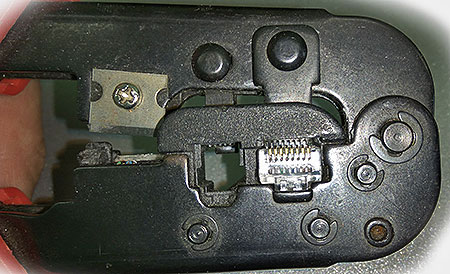 That's all. Test the Ethernet cable. 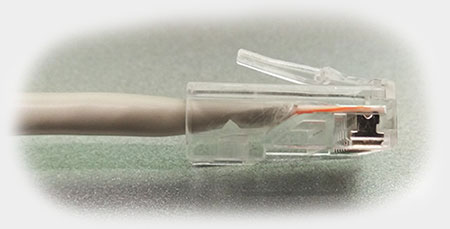 What if your Ethernet cable failed to function?

If not, cut off connector and repeat above steps with NEW RJ45 connector.

Did you tightly press all metal pins of RJ45 connector?

Tightly crimp the connector with the crimper once again.

Each network segment cable length may be up to 100 meters, although several chip manufacturers claim 150 meters. Autonegotiation is a requirement for using 1000BASE-T, according to the standard. Several device drivers will allow you to force 1000 Mbps full duplex to eliminate autonegotiation issues.

The original specification for category 5 cable was defined in ANSI/TIA/EIA-568-A, with clarification in TSB-95. These documents specified performance characteristics and test requirements for frequencies of up to 100 MHz. Category 5 cable included four twisted pairs in a single cable jacket. It was most commonly used for 100Mbit/s networks, such as 100BASE-TX Ethernet, although IEEE 802.3ab defined standards for 1000BASE-T - gigabit Ethernet over category 5 cable. Cat 5 cable typically had three twists per inch of each twisted pair of 24 gauge copper wires within the cable. The twisting of the cable reduces electrical interference and crosstalk.

Cat 5e cable is an enhanced version of Cat 5 that adds specifications for far-end crosstalk, usually used for gigabit ethernet. Cat 5e cable does not enable longer cable distances for Ethernet networks: horizontal cables are still limited to a maximum of 90 m in length. Cat 5e cable performance characteristics and test methods are defined in TIA/EIA-568-B.2-2001.

Category 6 cable, commonly referred to as Cat 6, is a standardized twisted pair cable for Ethernetand other network physical layers that is backward compatible with the Category 5/5e and Category 3 cable standards. Compared with Cat 5 and Cat 5e, Cat 6 features more stringent specifications for crosstalk and system noise. The cable standard also specifies performance of up to 250 MHz compared to 100 MHz for Cat 5 and Cat 5e. Whereas Category 6 cable has a reduced maximum length of 55 meters when used for 10GBASE-T, Category 6A cable is characterized to 500 MHz and has improved alien crosstalk characteristics, allowing 10GBASE-T to be run for the same 100 meter maximum distance as previous Ethernet variants.

click to enlarge
Copyright © 2000-2022 by pinouts.ru team, except user uploaded images.
No portion of this webpage may be reproduced in any form without visible link to pinouts.ru .
Efforts have been made to ensure this page is correct, but it is the responsibility of the user to verify the data is correct for their application.